Waddle & Silvy will go live at Harry’s starting at 2 pm and in the 5 pm hour, Brian Urlacher will join them for an hour-long show presented by Bud Light. Brian will break down the latest game (Sunday, September 20) and answer your questions.

The Chicago steakhouse named after the legendary sports announcer embodies his bold and colorful personality. Harry Caray’s pays homage to the iconic Cubs announcer in a way he’d appreciate: sports blaring from every large-screen television, generous portions of steaks and chops, and a boisterous crowd every night. 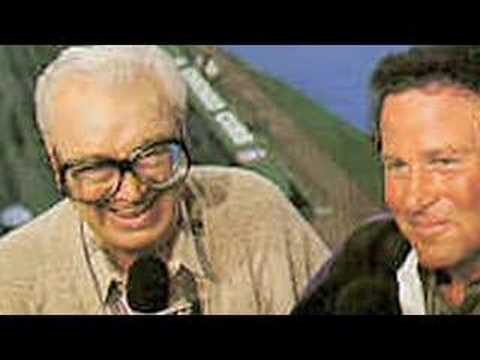 The flagship location (there are additional outposts on Navy Pier and in the suburbs) is situated on two floors in an historic River North building that was once home to Frank Nitti (of Al Capone fame). While the famous faces that have graced Harry’s aren’t as quite as notorious as Nitti’s, they’re famous nevertheless and have ranged from movie and television A-Listers to hall of fame sports greats.