The Steak Buzz: GT Prime, Knife and The Barn The Steak Buzz: GT Prime, Knife and The Barn

The Steak Buzz at GT Prime

With so many new steakhouses emerging in Chicago in recent months and years, the critics have lots of beef to eat. Here now, a roundup of what the pros have to say about some of the newest steakhouses in town:

According to the Chicago Reader’s Mike Sula, GT Prime is a steakhouse in name only, adapting handily to the small plates model of restaurants and reinventing the template quite nicely. He notes the space is “dark and clubby like a typical steak house,” but features more unique aspects like massive photography and a sceney bar. Menu-wise, though some of the meat portions are likely to leave you still hungry, the quality is top-tier. “GT Prime offers a menu of intriguing possibilities that barely reference steak-house standards,” says Sula. “It’s a new opportunity to explore Tentori’s always interesting food.”

The RedEye’s Michael Nagrant echoes the Reader’s sentiments that GT Prime isn’t really much of a steakhouse, after all, more so a high-caliber restaurant with excellent plates, many of which happen to contain beef. With a 3.5 star review out of 4, Nagrant has a lot to love about Giuseppe Tentori’s ode to meat, including the luxurious space, smart service, excellent drinks and steaks that pack a punch of flavor in smaller serving sizes.

For the Chicago Tribune’s Phil Vettel, the mix-and-match format of customizable meat portion sizes is a “fine idea,” and one of the many aspects that sets GT Prime successfully apart from the fray. He also raves about the pheasant terrine and the “lovely” chicken liver mousse. All in all, he commends the restaurant with three stars.

Calling it “A small environment for grand ambitions,” Mike Sula weighs in on North Center’s new steakhouse contribution, Knife. In its early days, the restaurant is still coming into its own in terms of service and steaks, but he likes the sides, appetizers and salads quite a lot.

According to Phil Vettel in the Tribune, The Barn is doing throwback-style Americana right. The meaty followup to Found, restaurateur Amy Morton and chef Nicole Pederson have another hit on their hands. He likes the old-timey feel and warmth of the space, including the amiable service. He says Pederson “has put together a solid, familiar menu,” and refers to the results as a kind of upscale comfort food. The meatiest main courses are the best, like “excellent” Angus steaks and pan-seared pork chops with sweet potato puree.

The Chicago outpost of STK is located in 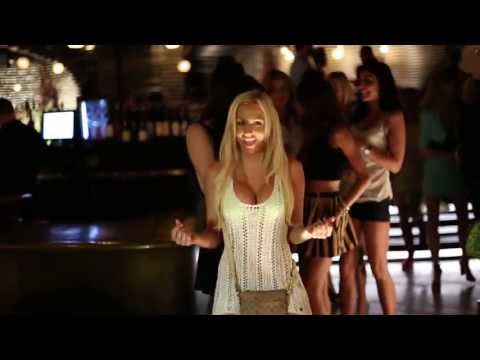 the heart of River North, bringing the pulse of New York to the Midwest. It is at the top of the list for the well-heeled carnivore, who comes here for the steaks, chops and scene.